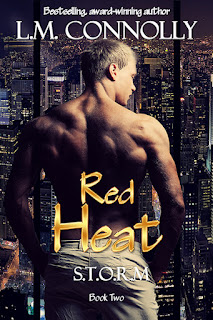 After a great spring and summer, I’m settling down to some solid writing time. No more visits for a while. I was very tempted to attend two writing summer schools this year, but I really don’t have the time. I have to get cracking on some new books. And, as usual, avoiding the promo I seem to be so bad at. I do have plans, this list included, to move the email list to another server. Yahoo is getting very iffy for reliability these days. I remember the good old days of yahoo groups, and in many ways my system is set up to serve that. I can wish for a great admin assistant for Christmas! You never know, maybe I’ll get one. I love writing, but the “buy my book” promotions have me scratching my head. I know I hate too many cold phone calls and promos dropping in my inbox, so I feel embarrassed adding to them. But I’m probably not serving my books properly by not doing more. It’s a constant dilemma, and not one I’m anywhere near solving.
I do a great ostrich.
But I have had a lot of incentive to work. With all the political stuff raging over the media, I can take note and get back to writing. Not that the Georgian era was any less turbulent, but at least that’s over and done. Except in my books. I can make anything happen.
I always stick to the facts, and then vary from there. In history there are very few hard lines, when you take a closer look. True, the Battle of Waterloo happened on a mud-clogged Belgian plain in June, 1815, but when you take a wider view, it gets fuzzy. Similarly, when I look at Culloden, and the aftermath, there were few hard lines. Would what happened to the Scots have happened anyway? What if the Young Pretender had won and marched to London in triumph?
Very little, probably. After the headlines, he would have had to accept the British constitution as it was, and the politicians he had inherited. He might have introduced a few new ones, but they were too influential and too well entrenched for him to ignore. The days of absolute monarchy had long gone, and the laws had changed. One man couldn’t have changed them back.
There is evidence that the Young Pretender wasn’t the brightest of sparks. If he had married and begat children he would have prolonged the Cause more effectively, providing a line of succession to rival the Hanovers, but he didn’t. In fact, he consistently refused to marry. Perhaps his parents’ marriage was a reminder to him. In history, the Old Pretender’s wife left him soon after the birth of their son Henry. Then she went into a nunnery, in the same city, but she rarely saw her husband after that. That was the gap that I used to create the Emperors of London series.
That’s what I look for – believable gaps in real life stories, or characters that just beg to be put in a book. I’m currently channeling the Duke of Somerset, known as the Proud Duke for the book I’m currently writing, which you won’t see for a while yet.

In contemporary paranormal news, I’m trying to get the re-release of the STORM series off the ground. Two books are out so far, with four to come over the coming weeks. This was another what if – what if humans discovered they’d been sharing the world with vampires, sorcerers and shape-shifters all along? I bunched them together into a group known as Talents. Basically it’s the same world as Department 57, but with the Talents living openly. The books happen when the revelation is first disclosed and everybody is trying to get used to the change. I fell in love with every single one of these heroes. And now they have new covers and a bit of editing (lower on the sex, higher on the action) I’m even more proud of them.

Over here, we had our week of summer. Now it’s raining outside, which is how I like it. I hate too hot or too cold. A few years ago we had a holiday in Rome in August. Over 100 degrees had me fainting, and it was so frustrating because I wanted to see a lot more than I did!
Posted by lynneconnolly No comments: