Excerpt
Start your new year with a bargain! To celebrate the release of Chemistry of Evil, for the month of January you can get this book for 99 cents only!
Barnes and Noble: http://goo.gl/f7pSwz
Amazon: http://amzn.com/B00HNFXLZG 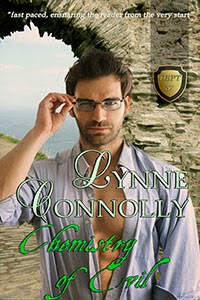 Sophie Adams is engaged, but the second she sees sexy Evan Howell, she wants him. When her fiancé dumps her, Evan is there to catch her. And show her a passion she’d never dreamed of before, drawn from his dark experiments into sexual magick, a magick that has driven more than one man insane. Enthralled by the new world Evan introduces her to, Sophie wants more.
Evil follows them across the Atlantic. From Arthurian Cornwall to New York, Mordred, cursed son of King Arthur, stretches his evil influence to encompass Sophie, Evan and everyone they love. Evan has already lost his sister to Mordred and his supporters—he refuses to lose Sophie, too.
Evan, ex-convict hacker turned CIA computer genius for Department 57, explores the dark side of life. It will take all his skill to save Sophie from the danger threatening to take her over, body and soul. All his skill—in the bedroom as well as out of it.
Together, the three will embark upon a dance of danger, at the end of which there will be only two. . .or one. . .or none

Extract
Sophie hadn’t realized the true meaning of the phrase “burning eyes.” She did now. Hardly had she got to her feet when she found herself swept up into his arms. Holding her close Evan moved rapidly across the large living space in the direction of the staircase. She kept her gaze on his face, and saw the hunger there, reflecting the hunger she knew lay deep in her own eyes.
He laid her on the bed, and Sophie had a fleeting thought that it was as well no one had moved it, for he didn’t take his attention from her for a moment. Only then did he follow her down and take her in a deep kiss that robbed her of all reason. He propped himself on his elbows and stared down at her. “You want this? Really? Because, Sophie, if you stay in this bed tonight, you’re never going back to the other one unless it’s with me.”
“Oh yes,” she said.
“This morning you were stressed, and I was desperate. I knew I’d have to give you the choice next time. I couldn’t take it for granted. I’ve wanted you since I first saw you, baby. A fairy covered in dirt, fresh from uncovering secrets hidden for centuries. I wanted to take you into the shower and wash every beautiful inch of you and then take you to bed to keep you warm. Now I know you better, I want a lot more than that.”
She saw the question in his eyes and knew it was reflected in her own. “I want this, Evan.”
He kissed her and caressed her body, long sweeps of his hands from her hips to her underarms and back again, cupping his hands to fill them with the curves of her bottom. She reciprocated, touching his back, feeling his muscles move and flex under her hands. She tugged at his shirt, pulling it free of his pants, and heard his chuckle. “In a hurry, are we?” he teased, lifting himself on one elbow.
She replied with a smile. “You might say that.”
“Well, we’re here until Cristos tells us otherwise. We might as well make the most of it.” He glanced at her, and she smiled to show him she knew he wasn’t serious. He ran his hand along the buttons of her shirt, undoing them as he went.
She busied herself with his shirt. “Do you always do what Cristos tells you?”
“No.” His voice lowered to a dark purr. “But I don’t buck his authority just for the hell of it. The decision made sense.”
He had undone her shirt. She sat up so he could take it off her. She leaned forward and slipped his shirt down his arms so she could touch his chest. It was strong, with well-defined muscle, hot to her touch and lightly furred. “You feel good.” His indrawn gasp told her he enjoyed her caresses.
“So do you.” He opened her shirt and put his hands on her. She responded with shivering recognition. He felt right, his touch a welcome thing.
Sophie flinched with the extra sensitivity, as though her experiences that night had opened something new inside her. She needed this intimacy, with this man, as she had needed no one quite that way before.

January news and a cover reveal!

Happy new year! Let’s make this year the best yet!
It was a weird year for me. The year of new beginnings, in a writing sense. The first in a new historical series comes out in the spring from Samhain, and next month, there’s a new book from Loose-Id, a spin-off from the Department 57 books.

And I have a cover reveal for you! I love this. It’s the first in a new series about a group of Talents working to save civilian Talents from the organisation PLR, which is intent on destroying them. They concentrate on the Talented version of the Witsec program, giving them new identities.
So what do you think? It’s Texan vampires! 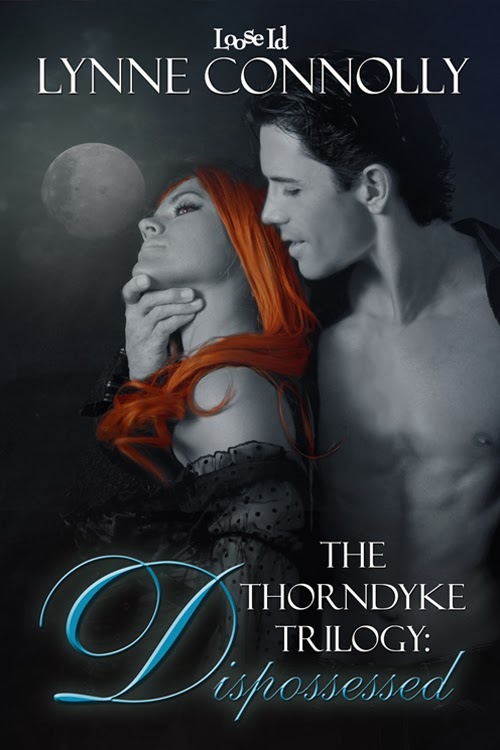 Lucille attends a masquerade and meets a real-life Regency rake. A young vampire, she’s never met an old one like Jay before. Together, they burn up the night, but in the morning, danger threatens. They find Lucille's brother, badly hurt. The evidence is mounting: someone is trying to kill Lucille, and maybe Jay.

The threat sends Jay's possessive instincts into overdrive. At first he just wants to protect Lucille from her persecutors, the anti-vampire organization, the PLR. Yet, soon, it's not enough for him. With the help of an old friend, Jay plans to destroy the PLR, even though he knows even if he doestheir affair can’t last. He’s too old and jaded and she’s too young and fresh. Plus, with the danger threatening her life, she’ll have to use the Thorndyke network to escape, change her identity, and never come back.
http://goo.gl/DkZD9V

With Dept 57, I still have Laurie’s story to tell, and quite a few others! I want to tell the magician’s story, and the badass vampire who seems to know so much about Cristos.
However, there are continuations, too. The Nightstar series has three more books to go, and there are four new STORM books waiting in the wings. However, only one of them is written! The others are planned, contracted and I’ll be writing at least one in the first part of this year.
This month, the release is the Chemistry of Evil. It’s out now, and I kept this newsletter back so I could be sure it was up at all the outlets, or at least most of them. It’s been out before, twice. The first version, published by Triskelion, is very different to the second version, published by Loose-Id. I had a ball rewriting it the way I wanted it. This version is the LI version, but cheaper. For January, it’s 99 cents, and is going up to £3.99 in February. So if you have the Triskelion version, it’s worth a look, but if you have the LI version, you probably don’t want to buy this one again. New cover, though!
I can’t tell you how good this book has been to me. It was my first paranormal romance, my first contemporary, introducing me to a genre that I still love to write.
The Amazon link is http://amzn.com/B00HNFXLZG
Barnes and Noble (for the epub link) http://goo.gl/f7pSwz

I just got word that “Brutally Beautiful,” which was one of my most popular books from last year, is going into print! Exciting!
There’s a brand new release in February, so stay tuned for that!