Everything Is New Again 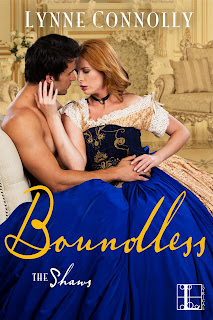 Things are motoring along this month.
I received the edits for the first contemporary romance with Tule, and I did the pulling apart and putting back together thing. That’s often a really interesting exercise, and this time it was instructive, too. Honestly, if I had nothing left to learn about writing, I’d give up. My new editor has given me some fantastic pointers, and I turned my manuscript red making changes that I’m really excited about.
And I’m writing the first of the new series. I’m loving this cast of new characters, but as always with my work, some will reveal themselves more the longer the series goes on. To me as well. I know them when the series starts, but sometimes a character will reveal himself halfway through a book and I have to start all over again, putting my new understanding of him into the book from the start. Male characters are particularly prone to that, since they tend to keep their vulnerabilities to themselves! But the only way I can discover those is to  write the book.
I have a new cover to show you, too. This is the cover for Boundless, which is out at the end of the year, and is the last of The Shaws. After this they are all married, and for the time being it’s time to say goodbye to the Emperors of London. However, I’d love to write the stories of a few people, Poppy for instance, and Ivan and especially Augustus Vernon, who lives in Rome. I have a lovely story for him all planned out.
And now the Emperors and the spinoff series is coming to an end, it’s time to let you in to a secret.
Remember Alexander, the hero of the first Emperors story, Rogue in Red Velvet? Yes, Alex. Well he started life as Freddie, the cousin of Richard Strang of the Richard and Rose series. At the time a lot of people had asked for his story, and I wanted to write it. However the Richard and Rose stories are in the first person, so I had to change that. I wrote Alex’s story in the third person, and gave it to my then editor at Samhain.
Well, she rejected it. The rejection came as a terrible shock, especially when the reasons the editor mention could all be fixed. But I did have an inkling that might happen. I gave Samhain a different story, which thankfully they liked, and rewrote Freddy’s story, but I did the tweaks I wanted to, not the ones my editor had mentioned, since they didn’t fit with his character.
After I’d written it, I found Lyrical Publishing, and recalled meeting its then owner, Renée Rocco at a convention. I liked her very much, so I sent the manuscript to her. However, I couldn’t call the hero Freddie, or at least, since Samhain had rejected it, I could, but that would have tied the book to Richard and Rose, a series I had brought to an end with Lisbon. So I changed the names and started a new series. Halfway through the story I “got” the backstory to the whole series, about the hidden children of the Old Protector. That made me really excited to start the series.
The Emperors concept had come to me some time before, but not the story about the Stuarts. Then came the Dankworths, with their loyalties to the old regime.
I had a really exciting concept, and fortunately, my new editors agreed. So kudos to Helen Hardt (yes, that Helen Hardt) and Martin Biro, who believed in the series and let me run with it. Since Helen hit the heights with a fabulous series of books, I now have a new editor, who has been brilliant with The Shaws and is going to help me with the new series, too.
It’s very exciting.
As I told you before, I was really considering giving everything up. But I think I’ll carry on a while longer!