What a confusing world we live in!
Everything seems to be happening at once. And like my mother said, it might get worse before it gets better. But it will get better, really it will. One day.
I usually go to the USA every year at least once, to attend conventions and to visit the friends I've made over the years. I miss them all, and I'm so sorry that I can't see you all this year. Kathryn Falk and her beautiful home in Texas, and the amazing one she shares with her husband in New York. Rosechel Sinio, and her fantastic bookstore in Los Angeles. Laurie Pennison and her lovely home and family in New Orleans, one of my favourite places in the world. I miss so many more people I've spent time with and shared good times with.
And now we're all trying to get used to a new way of life, and a new way of being. We have to find our own ways of coping, and I daresay we've all been downright depressed, or sad, or just out of sorts. Remember the old proverb? Well, we certainly live in interesting times! I'd love to know what you all do to get through these times.
Seriously though, my heart goes out to anyone who is worried or confused and who is facing hard times ahead.
My answer is to read, write and go for long walks. I'm lucky enough to live close to a beautiful park, where I can spend at least an hour a day. I've shared a picture I took of the rabbit warren. Why we have wild black rabbits I'm not sure, but we do! There's another warren with the normal brown kind, too. I go and sit on the bench, and just watch them. They don't care about politics, or Covid, or anything else. They just get on with it.
The only thing I can suggest, and I know it's not nearly enough, is to get lost in a good book. I've read a lot of them recently, and I'm trying to write one!
I'm making an effort to do more promotion, although I'm not the best at it. Although marketing was my career, there's a huge difference between selling yourself and selling desserts for Kraft Foods!
Anyway in the spirit of promotion, I've joined a company that puts out regular newsletters. I entered this month's with a book I loved writing, Lightning Unbound, about the Roman gods alive and well in 18th century Britain. I've put the link to the newsletter, which has lots of fun books  for summer reading, and an extract from my contribution.

You can find the newsletter here: https://books.bookfunnel.com/longlongago/b36l7a1w9t
This book is featured in the newsletter:
Posted by lynneconnolly No comments: 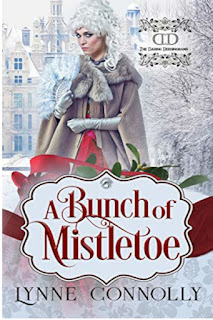 A Bunch of Mistletoe

When Matilda, chaperone and aunt to the most scandalous family in London, takes a tumble from a tree, she’s rescued by the most unlikely saviour. Toplofty stickler Harold, the Duke of Trensom, is more than annoyed to find Matilda on his property.

Worse when he finds himself falling for her.

A Bunch of Mistletoe was part of the When Stars Are Brightly Shining anthology which came out at Christmas, but now it has its own release and its own gorgeous cover!

If you have that anthology, there's no need to rebuy the novella, unless you just have to add to your Dersingham collection.

Email ThisBlogThis!Share to TwitterShare to FacebookShare to Pinterest
Labels: Christmas In July, The Daring Dersinghams

I'm part of a new newsletter, Long, Long Ago, which will give you a lot of summer reading! My historical paranormal novel about the Roman gods in Georgian Britain, Lightning Unbound, features there! Check it out here! 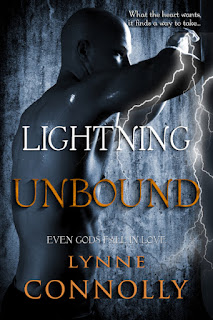 When Gerard Sterling, Earl of Ellesmere, races to Bedlam asylum to rescue a wrongly committed friend, he’s astonished to find Lady Faith Bradley. Fascinated and enchanted by her, and inspired by her dedication saving her brother from the horrors of the Incurables ward, he includes them in his rescue mission. But woo her he cannot—not with a fatal disease that saps more of his strength every day.

When Gerard discovers he is the god Jupiter, they face a deadly enemy—Kronos, whose plan to regain power includes Gerard’s death. To foil his plan, Gerard and Faith must defy Fate itself.

Each book in the Even Gods Fall in Love series is a standalone story that can be enjoyed out of order.

Email ThisBlogThis!Share to TwitterShare to FacebookShare to Pinterest
Labels: Even Gods Fall In Love, Lightning Unbound, Long, Long Ago 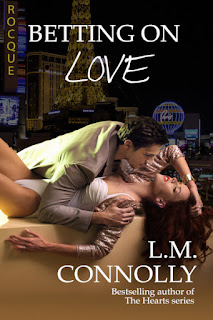 Garrett Rocquelaire needs a wife. Fast. The woman he catches card-counting in his Las Vegas casino will do.
Bonnie Miller can foretell the future, but only five minutes before it happens. The first time she tries to use her gift on the blackjack tables she’s caught by the most gorgeous man she’s ever met. Being made to marry him won’t be a hardship.
Until somebody tries to kill her.
It’s up to Garrett to find out who is targeting her. Then he can move on, except for one thing.
The way they burn up the night together.

I've had a hard time writing recently, because of the problems around the world. But I've been reading up a storm.
I go out every day for my allowed exercise and I've been reacquainting myself with my local park, which is truly beautiful.
But I did manage to finish the last book in the Daring Dersinghams series and sent it in. It's about the last sister, Delphi, and her adventures in Rome, with her old flame Adam, Duke of Kilsyth. It's called A Whisper of Treason.  I could recall my visits to Rome, and the wonderful times I've had there, as well as recreating what Rome was like for a tourist back then. 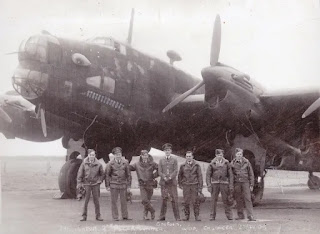 Over here in the UK, we remembered VE (Victory in Europe) Day. My father was a member of the RAF in the war. He was a wireless operator with Bomber Command, and he would have sat under the pilot. His window was the little one under the pilot's position that you can see in this picture. He was stationed in Yorkshire, at Pocklington, with 102 Squadron, on Halifax bombers, and he did two tours.
At the end of the war, he celebrated his 21st birthday. I'm proud of him and what he did.
Posted by lynneconnolly No comments:

The Game of Kings

I reviewed the first book in one of my favourite series ever.

The Game of Kings by Dorothy Dunnett


I started to read this series three times. Three times I got the book out of the library, and twice I took it back after reading a couple of chapters. I couldn't get into it, couldn't get interested.
Then I gave it one more go. And the world opened.
This is the first book Dunnett wrote, the first she had published, and the early chapters in particular have the hallmarks of that. It's too overwhelming, too busy, too complicated.
Plough through it. By the time you get a third of the way through - in my case, the scene at the inn with the piper and Will Scott - you're off and running.
The series is still clever, still complex and intriguing, but by then Dunnett has a handle on it. It's never again overwhelmed by words and quotations, and too much going on. There are rich, unforgettable characters who you really care about, intriguing puzzles and a rich and colourful picture of the first half of the sixteenth century.
Instead, it's a six volume adventure with some daring scenes, some tender ones, and some that will make you cry. And you don't know until the last chapter of the last book how the series is going to turn out.
Astonishing series, totally engrossing, well worth fighting through the first half of the first book. And then some. I have two copies of the series, one to lend and one to keep, because the ones I lend sometimes don't come back and I don't have the heart to ask for them.

View all my reviews

Email ThisBlogThis!Share to TwitterShare to FacebookShare to Pinterest
Labels: Dorothy Dunnett, The Game of Kings

I thought you'd like to see the cover for the upcoming Virginia And The Wolf, the third book in the Society of Single Ladies series. Isn't it beautiful? 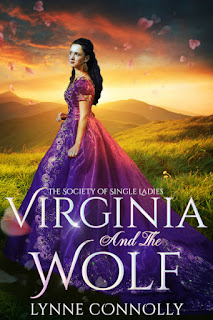 Email ThisBlogThis!Share to TwitterShare to FacebookShare to Pinterest
Labels: The Society of Single ladies, Virginia And The Wolf
Older Posts Home
Subscribe to: Posts (Atom)

The Society For Single Ladies 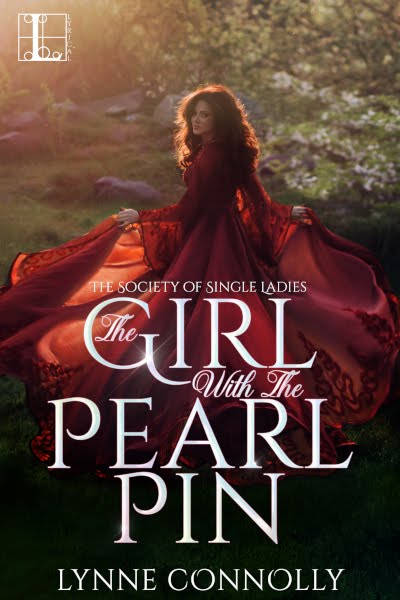 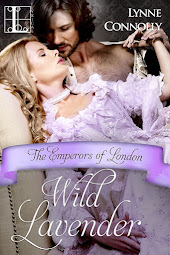 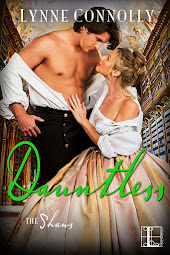 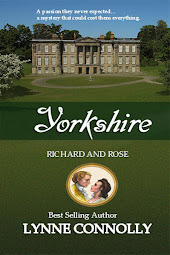 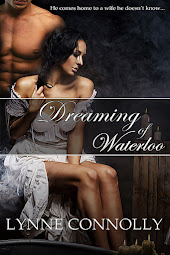 Even Gods Fall In Love 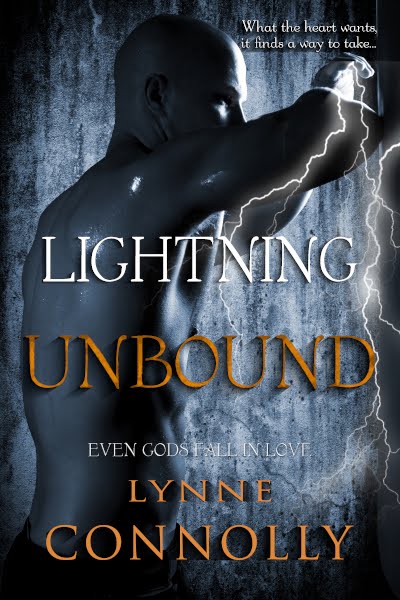 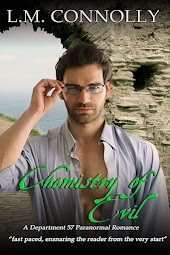 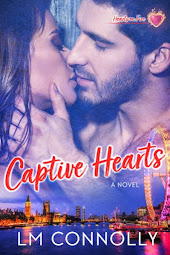