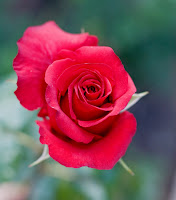 Sounds like a rose, doesn't it? I love roses, always have, but it wasn't the name that drew me to the publishing model. It's that constant urge to do better, try harder.
So I became a hybrid writer recently, by getting my rights back on a few books and publishing them myself. I never thought I'd do it, but these days, saying "never" is a big mistake. The world of publishing is changing, and fast.
Writing is what I do, it's the core of everything. I love it, and it's what I do best. Marketing, blogging, and now cover design and editing have to come second, so it suits me to continue to publish through other arenas, notably the big digital first publishers.

I was one of the people first in the digital publishing arena, with Richard and Rose, one of my best selling series. First it was NBI, which vanished in a puff of smoke, the owner never to emerge again, then it was Mundania, who sat on the books for a couple of years, but only ever brought one out, and then Samhain, who helped me nurture the series into a best selling, award winning success. With Samhain I get print, digital, and a good cut of the profits. If I was writing purely for love, then I'd give all my books away. And I think Samhain offer the titles at a fair price.
I've recently sold Samhain the first book in a new series. It's an idea I've been fiddling with for some time. I solidified the original idea and kept tweaking it. Recently I showed it to my editor at Samhain, who loved it and offered me a contract. That book will become a series, one way or another, although I only have the one contract from Samhain so far. Would I self-publish? Maybe, but I'm delighted to have the opportunity to continue the writing, and not worry about editing and cover art, and I'm thrilled to have the backing of Samhain's marketing department.
But the backlist and the one new title I've self published are doing really well, too. So I get the best of both worlds. 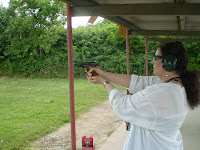 What about New York, I hear you murmur? One of the Big Five, or even Harlequin? I do have a Harlequin book with Carina Press, but they didn't like the second book in the series (or rather, they did, but the reader panel didn't) so I'm thinking of getting that book edited and publishing it as an original title, the start of a new series. It's a new genre for me, and one that needs a fair bit of research, romantic suspense. I've already done some research into firing a gun (what fun that was!), taking lessons from an accredited instructor in Texas (thanks, Gary!) but it needs a lot more research to take the series forward. Plus, it's blood-soaked and depressing, going as it does into the world of drugs and international smuggling.
So, New York. Yes, I still submit work, but only when I think it's what the publisher wants, and only with selected books. The big five's royalty rates are horrendously bad, but they do offer advances (much reduced of late) and the opportunity to reach new arenas. So why not? The difference is that these days I'd never consider entrusting my whole output to one publisher.

Ellora's Cave is catching fire with my rock star (Pure Wildfire and Nightstar) series, and the STORM paranormal series, but would I send them a mainstream historical? Probably not. It would dilute what I do there, and in any case, EC excels at selling the erotic romance genre.
I'll choose my publisher or prospective publisher based on what that house already does successfully. What it has a proven track record selling. And more often than not, I'll approach them directly. I can do this with my personal track record, so I know I have an advantage over a newbie, on the other hand, an agent recently told me that she's only interested in debut authors.

Now that's something to think about, isn't it? I wonder why the big publishers and agents are so interested in debuts?

Read Irresistible You for free!

From Wednesday to Friday this week, 3rd to 5th July - read Irresistible You, free from Amazon! 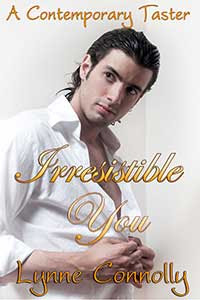 From Wednesday to Friday, Irresistible You is free at Amazon! It’s the story of a chef and a food critic. Is love enough to bridge the divide?

Chef Remy Girard shouldn’t be having a hot and spicy affair with irresistible restaurant critic Elise Mason, but he can’t help himself. She titillates all his senses, including the one he’d never believed in until now; love. However, when Elise writes a bad review of his food, he can’t believe her lies. He does something that could wreck any chance he has at happiness with the woman he loves.
Elise is heartbroken, but she has to tell the truth. The food was terrible. Then firebrand Remy behaves like an ass, and she has to stand by her principles however much she loves him. Any chance at reconciliation and happiness seems hopeless, unless Remy can swallow his pride and Elise can find it in her to forgive him.